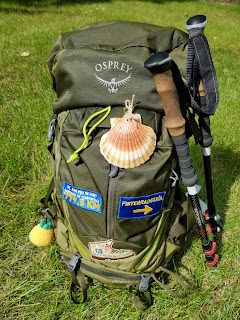 It was about five years ago when I was scrolling through the endless titles on Netflix and came upon an obscure movie called, “The Way.” I had no idea what the Camino de Santiago was and I thought that it sounded crazy that people would go out and just walk across a country for over a month. The journey seemed intriguing though and I thought that I could see myself doing that someday. However, I also wondered how anyone could get more than four weeks off from work. The idea quickly faded and the entire Camino got pushed into the nether regions of my brain where it was almost forgotten. Fast forward a few years and I found myself completely free, but also without a job. What better way to start a new chapter in life than to walk across a perfectly good trail. I wanted to have as much of an “untainted” Camino as I could. I made an effort to not go through any guidebooks and only look up really important information like what gear I needed and how to get there. I wanted to let the Camino
Post a Comment
Read more 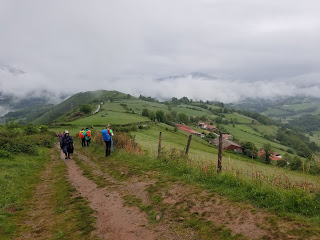 Saturday, 25 May 2019 I embarked on my journey to Saint-Jean-Pied-de-Port, France today. I had a hard time sleeping last night in anticipation of the first day of the Camino de Santiago , which wasn't even today. I had packed two bags, one for the Camino and another for everything else I would need afterwards to travel around Europe for a few months (including camera gear). The sun was just barely starting to rise when I walked to the train station with my Camino backpack on and my duffel slung across my body; that was quite a weight. The Bayonne station was a small depot with only a couple of platforms. I sat down on one of the open benches across from some men that were of retirement age and a couple of younger guys who all appeared to be Camino pilgrims ( peregrinos ). Some pigeons were walking about in the open area between all of us and the old men were speaking in French and chuckling while playing around with the pigeons; it made me smile.  A train had arrived, but I di
Post a Comment
Location: 64220 Saint-Jean-Pied-de-Port, France
Read more
More posts